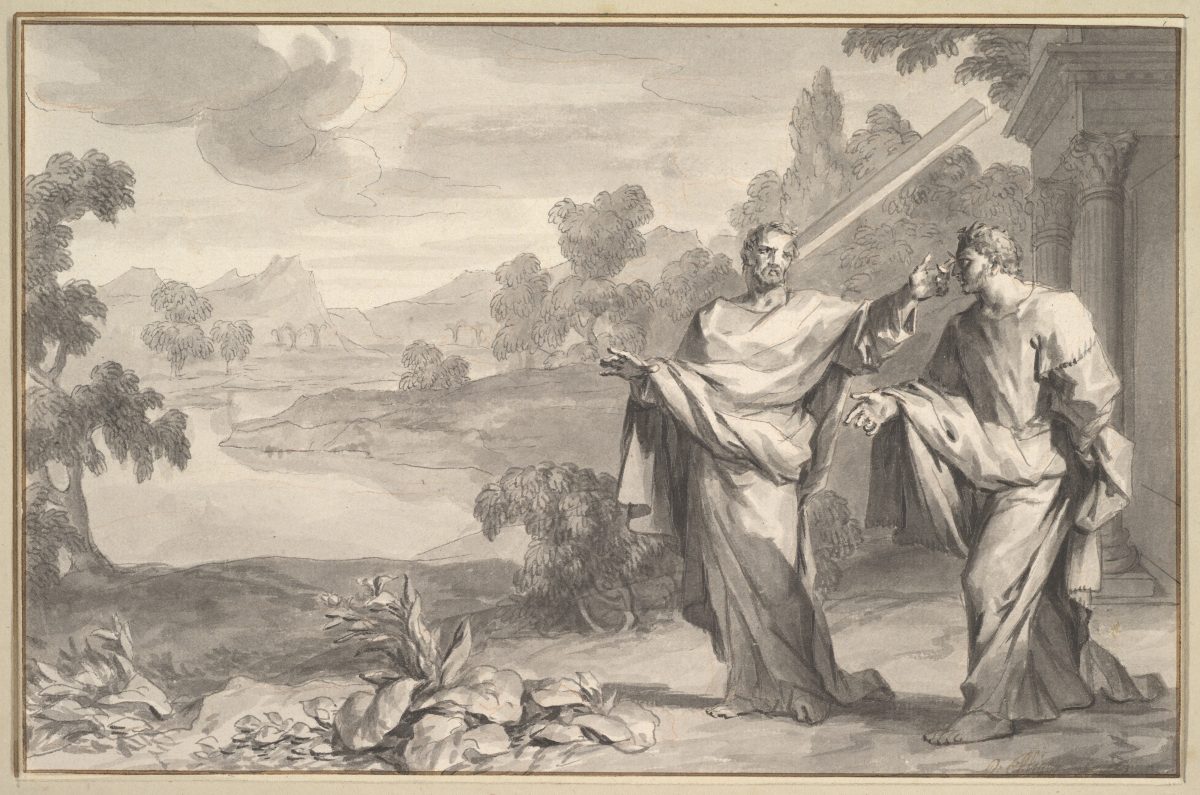 From the Sermon on the Mount comes the story of the Mote and the Beam. A refresher:

1 Judge not, that ye be not judged.
2 For with what judgment ye judge, ye shall be judged: and with what measure ye mete, it shall be measured to you again.
3 And why beholdest thou the mote that is in thy brother’s eye, but considerest not the beam that is in thine own eye?
4 Or how wilt thou say to thy brother, Let me pull out the mote out of thine eye; and, behold, a beam is in thine own eye?
5 Thou hypocrite, first cast out the beam out of thine own eye; and then shalt thou see clearly to cast out the mote out of thy brother’s eye. — Matthew 7:1-5 KJV

I’m no Biblical scholar. That’s my dad. But what of the mote and the beam? Is it merely a store about being hesitant to judge others? Maybe. Or maybe it’s something more.

Our society is slowly drowning in the rising tide of judgment. It is everywhere. Individuals are shouted down, damned as evil, monsters! Sometimes for simply having the gall to disagree.

Social media amplifies it all. A social connection shares a perspective. Likeminded individuals pile-on. Many might disagree (or have a question) but say nothing—just not worth it. And for the one who disagrees enough, they go for the jugular. The result isn’t pretty. And nothing changes. Nothing is learned.

Elsewhere, what about the the professionals? They’re as bad if not worse: Hop over to the latest news cycle and watch journalists twist words and facts into narratives that push an agenda, more fiction than fact. “Fake news?” Try any news.

Better yet: No news.

Have you ever noticed how you behave differently when you’re in a public space, face-to-face with other human beings? You extend your fellow man a basic courtesy. You don’t just cut people off at the pass. It’d take an incredible affront to bow out your chest, curse your fellow man, or flip someone the bird.

Yet all of these things are natural outcomes of doing one simple thing: hopping behind the wheel of a car. Why are human being so quick to damn their fellow man when sitting comfortably behind steel and glass?

Or behind the screen of a phone?

Perhaps it’s because technology robs of us nuance, eliminates the threat of facing the raw consequences of our rage, makes us feel bigger than we are, more perfect, less flawed.

Perhaps the more technological we become, the less human we are.

A simple glance around is all it takes to see that “something is wrong” with the world. It’s all going to hell. There’s so much to enrage us. Whether it’s the President, the politics, the hubristic opinions of “the other side,” whatever. And it must be pointed out! Rage on!

the best way to get the right answer on the internet is not to ask a question; it’s to post the wrong answer.

Except no one wants to get the right answer—we just want to point and shout “You’re wrong!” Forgotten in our rage is the person on the other end of our spirited, breathy opinion. The target of our rage—the actual human being—becomes a caricature.

So put on their shoes. It won’t kill you.

Yes, it is scary. And it does require courage. What if you are wrong? Cognitive dissonance exists because it’s a shield to protect, but that shield can blind us. Wouldn’t you rather dismantle your misguide beliefs now rather than become more entrenched—and all at the cost of further dehumanizing other people?

But it takes work. It’s a process. But the reward is this: When we remove the beam in our own eye we can finally begin to see.

I’m an optimist, but these days it’s becoming harder and harder. So many people I respect adamantly refuse to entertain the possibility they are wrong.

(And I, too, fear my own certainty, my own cognitive dissonance.)

So what if we began to engage with others across our screens as though the individuals we’re addressing were physically in the same space as us? What if we were to see them as human beings with similar struggles?

Perhaps the antidote to our enraged modern existence is in the remembering: none of us is a group. And each of us is human.

The only meaningful minority is the individual.