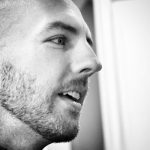 This is the site of Justin Neal Owings a.k.a. J.N. Owings, (J.) Neal Owings, Justin N. Owings of Atlanta, Georgia, husband to Sonal Amin, son of Tim and Kathie and brother to Nathan and Lindsey, father of Aviana, Raya, and Kanon.

While it hasn’t mattered to my career for almost 15 years, I graduated with a B.B.A. and Masters in Accounting from the University of Georgia, going on to work for Ernst & Young and then a company once known as Georgia Gulf. My stint in accounting and finance lasted four years that felt like ten. I quit to work full-time on Implode-Explode Heavy Industries, an internet start-up media business whose poster child was The Mortgage Lender Implode-O-Meter.

After three years breaking news in the mortgage and finance industry and learning how to make money (and not get sued) as a media site, I joined Google’s Atlanta sales office. Oh, and about a year before that happened (2009), I founded a very popular site about toe shoes (and other barefoot shoes/minimalist footwear) called BirthdayShoes. BirthdayShoes has received millions of visitors over the years and resulted in me accruing an ungodly amount of shoes. Careful what you blog about.

I was a Googler for almost seven years before I left to join FullStory in 2017, where I work in marketing to this day.

Warning: words aren’t individuals. You should question what, if anything, the above self-description tells you about me. I am accessible via any number of means of contact if you need to reach me and spend entirely too much time on Twitter (@justinowings).

This is the third installment of The Justin Owings Page (Archived: Original, Revised).