It’s been a shade under seven years working here at Google in Atlanta; the longest I’ve worked anywhere.

Today is my last day.

If you know me, you know I’ve been a Google fanboy for years, pushing Gmail on friends and family; getting on the Nexus (Android) bandwagon back in early 2010; owning Google Glass and embarrassing my wife (but impressing my kids); feeling a goofy kinship with Sergey Brin back when he wore Vibrams; and on and on. I’ve had a tribal pride in working at Google, and I’ll always be a card-carrying Xoogler.

While my work in Google was most commonly behind the scenes in sales, my legacy to Google Atlanta is as visible as it gets — a half-decent logo that adorns walls, t-shirts, and more (e.g. the adapted metal sign above; the image below; some other use-cases).

There’s so much I could share about working at Google: good, bad, and ugly. Perhaps in time I’ll dabble in sharing it all. For now, here’s a bit of good.

… And I feel lucky even as I say “Goodbye, Google,” and go a new way at a young company that was founded by brilliant, incredible people I only know because I worked at Google.

Thanks, Larry and Sergey! It was a pleasure.

Now, to the future! 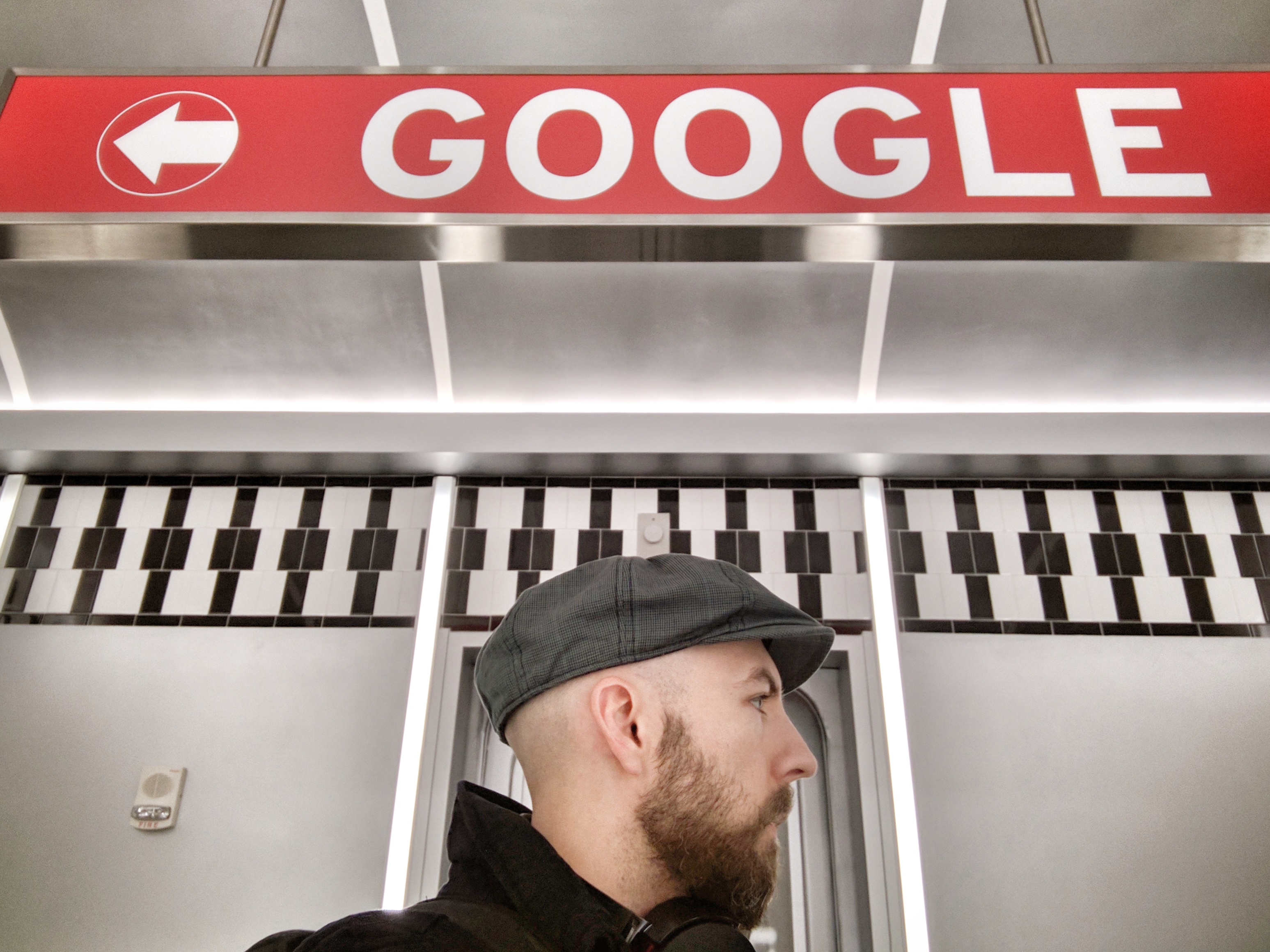