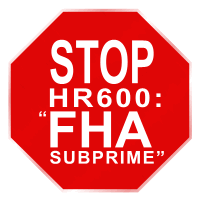 Tim Iacono of The Mess that Greenspan Made consistently puts out some of my favorite charts, and has been doing so for as long as I remember (back before I was even blogging at autoDogmatic!). Anyway, his latest post is fantastic because it really attacks a huge misconception regarding the period of prosperity attributed to Greenspan known as the “Great Inflation Moderation.”

In particular, I love his chart below on Interest Rates and Existing Home Prices. I don’t know what was going on prior to 1980, but look at that inverse correlation!

There are no real surprises below – a big run-up in prices as interest rates were moving lower over the last 25 years with a major price correction at the end that still has a little way to go.

It is through lower mortgage rates that dimwitted economists have sought to rationalize the dramatic rise in home prices over the last few decades, most of them thinking that everything was hunky-dory right up until the housing bubble burst in 2005-2006.

It’s no coincidence that, after the events of the last eighteen months, very few now see what was once glowingly called the “Great Moderation” as a permanent shift.

As far as price signals go, it was more like the “Great Muffling”.